Now This, This Can't Be Good

Personally, I blame the patients. If they had just had the good sense to have their steroid-refractory severe ulcerative colitis respond to our drug, instead of falling for the old placebo trick, then everything would be fine. Stupid patients.

Perhaps I should explain.

Yesterday at my place of employ, we had a company-wide all-hands meeting, to discuss some planned "changes in direction" for the business. This was not a surprise; we had known about it for a couple of months. Also not completely surprising was the announcement to get rid of a certain segment of the business (not related to anything I'm doing, so I felt bad for the people it affected, but only in an abstract way). Nope, the surprising part was the announcement that last Friday they learned that our lead drug candidate had failed in phase 3 clinical trials, and was being dropped. (For those of you not invovled in the biotech industry, allow me to translate: Oh. Shit.)

The upshot of all of this is that we are becoming a "more focused" company. Specifically, a smaller and more focused company. The good news is that the focus is going to be on the things my group is doing, and roughly half of this projects listed as the ones we are pinning our hopes to I have had some sort of role in working on. (For the bad news, see above). I don't know if this means I can feel confident about my chances of continued employment, but I do know that the phrase "moving forward" was used a lot.

Meanwhile, my stock options have now spent so much time underwater that I think they are SCUBA certified.

Yesterday afternoon was spent mostly in shock and gossip, with numerous intense hallway conversations in Mandarin littered with words like "severence" and "pipeline". I found myself with a stress headache and, in a possibly unrelated development, the hiccups. Today was more of the same, only without the hiccupping, and by midmorning several members of my group decided that we needed to bond through the adversity. I went to management for approval:

Me: We're thinking of going to Chevy's for a morale-boosting excercise.
My Boss: Sounds like a good idea. Have a margarita for me.

That is the one Truth: Remain afloat!

I don't usually just post links to Onion articles, because that is the path of the lazy blogger, but this is just awesome.

P.S. This one is pretty good too.
Posted by Daisy Bateman at 11:38 AM 0 comments

Sometimes, I Think Humanity Could Use a Good Smack Upside the Head

Last night I went to a Fashion Event (more on that later) that had as one of its sponsors Botox. But not the ordinary beauty-through-facial-immobilization Botox, oh no. At this event they were promoting "Project Sweatfree", the beauty industry's latest attempt to eliminate all evidence of women as biological organisms, this time by injecting a powerful neurotoxin into their armpits.

What's next, surgical booger removal?
Posted by Daisy Bateman at 10:36 AM 1 comments

Email ThisBlogThis!Share to TwitterShare to FacebookShare to Pinterest
Labels: fashion

Are you irritated by the amount of money you have hanging around? Do you have strange and delusional ideas about the needs of your pets? Or perhaps you simply enjoy the feeling of water pouring down your shoes? Well, have I got a product for you.
Posted by Daisy Bateman at 1:46 PM 4 comments

The Nature of Humor 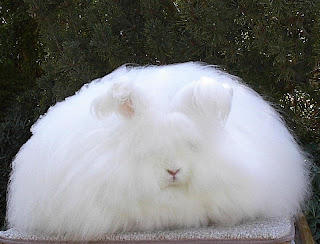 Absurdly fluffy show rabbit/dust mop with caption from i can has cheezeburger: hilarious. 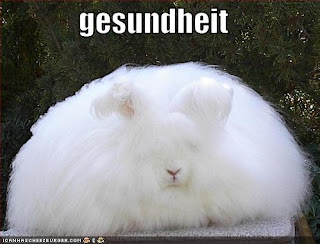 Talk About Your Targeted Marketing

Do you ever come across a product that just seems like it has your name on it? 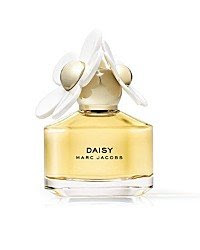 Prior (much prior) to hosting the show Dirty Jobs on the Discovery Channel, Mike Rowe sold crap in the middle of the night on QVC.


And a bag for your cat:


"A singular opportunity to not only enjoy the effects of bubbling lava, but also fuse you fingers together."

I don't get the sense that he truly believed in the products he was selling.
Posted by Daisy Bateman at 4:34 PM 2 comments

Is Someone Trying to Tell Me Something?

Apparently, I am not meant to get to work this week. On Wednesday it was (potential) jury duty, yesterday I had to get new tires and now I learn that all lanes of 880 are closed just past my exit because of a spill that was initially called sewage, but now is being described as "milk by-products". Either way, it's at least ten miles of stop-and-go traffic, and I honestly think my best bet is going to be to go across th Bay Bridge, through San Francisco, down 101 and back across the Dumbarton. Which is a ridiculously long way around, but I guess I should face it; there's no use driving over spilt milk.
Posted by Daisy Bateman at 8:57 AM 2 comments

Email ThisBlogThis!Share to TwitterShare to FacebookShare to Pinterest
Labels: driving

What Your Personal Electronics Think About You

Not that I don't love modern life, with its blogging and fuel additives and flush toilets, but I'm a little concerned by the number of inanimate objects that seem to have formed opinions about me. For example, my tivo is firmly convinced that I love the program "How It's Made" on the Discovery Channel. It records as many as it can hold, sometimes up to four a day, secure in the knowledge that I will be delighted to discover the exact steps required to assemble an air filter, or a pool cue. (For the record, I have watched a couple, and I don't dislike it. It's kind of soothing, in a segment-on-Mr.-Rogers kind of way.) Anyway, I guess it's better than the times my tivo thought I was a small, Korean-speaking child, or a gay man.

Spammers, on the other hand, have very different idea of me. The ones who reach my Yahoo account clearly believe me to be a gambling addict who needs to refinance her home (possibly due to debts incurred by too much time spent at INDIAN CASINO), while my gmail spammers have me down as a man who is insecure about his physical dimensions, who also speaks Spanish and is interested in investing in real estate. (I know this because about a month ago I discovered that Gmail had sent at least two critical non-spam emails to my spam folder, causing some social inconveniences and nearly causing Alice to miss a play. I'm not sure if I lost any others, so if you think I blew you off at some point in the recent past, I apologize.)

And then there's the "Recommended for You" feature at iTunes. Its top five choices for me:
1. Sean Kingston, "Beautiful Girls"
2. Fall Out Boy, "This Ain't A Scene, It's An Arms Race"
3. Panic! At the Disco, "I Write Sins, Not Tragedies"
4. Emerson Drive, "Fall Into Me"
5. Sawyer Brown, "Some Girls Do"

Actually, that one's not so far off.


So, what do your possessions think you like?
Posted by Daisy Bateman at 5:25 PM 4 comments

Four Things I Learned Today, And One I Already Knew

What I Learned:
1. When a tire catastrophically fails at 75 mph, it sounds like whup whup whupwhupwhupwhupWHUPWHUPWHUPWHUPWHUPWHUPWHUPWHUPWHUP
2. It takes a long time for a tow truck to reach you on 880 during rush hour.
3. The CHP maintains a fleet of tow trucks that patrol the freeways, looking for disabled vehicles and helping and/or towing them for free so that they do not disrupt the flow of traffic.
4. You still have to pay the tow driver you called forty dollars, even if your tire has already been changed by the time he gets there.


What I Knew:
1. It's really pathetic that I can't change a tire.
Posted by Daisy Bateman at 9:31 PM 4 comments

Email ThisBlogThis!Share to TwitterShare to FacebookShare to Pinterest
Labels: driving

A Sense of Place

On my way home tonight, I saw an elderly lady with purple hair.
I do live in* Berkeley, don't I?


*Okay, practically in.
Posted by Daisy Bateman at 7:03 PM 2 comments

Maybe I'm Reading Too Much

Because one of the first things I thought when I heard about this was, "What a great setting for a murder mystery."

Key quotes from an interview in Nature with one of the scientists:

Where will you be at the winter solstice?

I'll be drifting in the Arctic Ocean, somewhere near the North Pole, on an ice floe some 2 kilometres across and 3 metres thick. A suitable floe is being sought now. The Russians will build a makeshift research base on it made of prefabricated wooden cabins.

What can go wrong?

You need to be constantly aware of polar bears. All team members have been trained to shoot... Alcohol is also a bit of a concern: each member of the team is officially permitted one can of beer and one bottle of spirits per week. I would have preferred a bit more beer and less spirits. Drink can have disastrous consequences there.
Posted by Daisy Bateman at 2:15 PM 1 comments