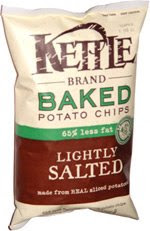 So, how do they get the kettle into the oven?
Posted by Daisy Bateman at 12:09 PM 1 comments

The Perfect Inspiration for Writing Your Next Western 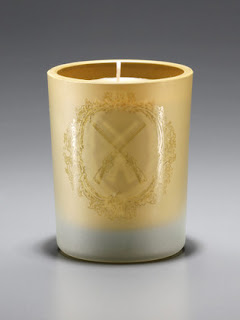 
*May need membership to open page.
Posted by Daisy Bateman at 10:10 AM 0 comments

My Loss, Your Gain, Etc.

Remember how I said I was on a buying freeze? And remember the shopping sites I mentioned? Well, I wouldn't be telling you about this, from one of the latter, if it wasn't for the former, because I would already own it myself, but there is a most thoroughly awesome pewter-colored, cheetah print raincoat at Editor's Closet. For $300 of retail! Two of them! Email me or leave a comment here and I'll send you an invite, and then rock it. And don't say I never did anything for you.
Posted by Daisy Bateman at 11:13 AM 0 comments

This one's a little hard to explain. Suffice it to say it's known as "Play Him Off, Keyboard Cat" and it involved videos like this:


Does it make sense now?
Posted by Daisy Bateman at 4:58 PM 0 comments

Do you have excellent eyesight, tiny but dexterous fingers and some free time? Know someone who does? Well then, do I have a gift idea for you:


Made by these fine folks, 3-D printers extraordinaires.
Posted by Daisy Bateman at 10:29 AM 0 comments 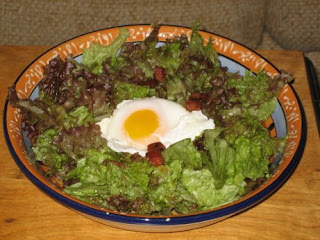 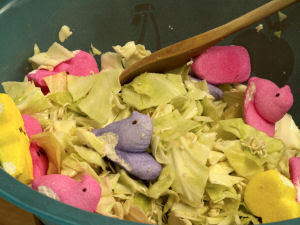 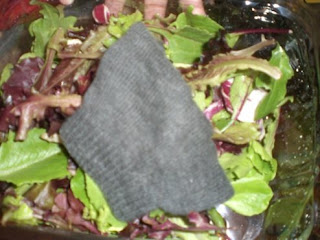 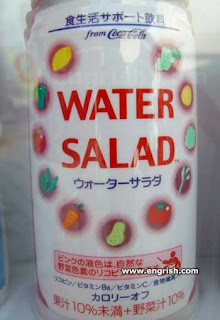 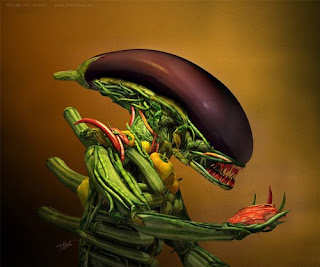 Unusual Salad Ingredient of the Day 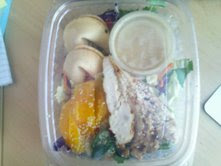 Update: You would not believe how much cilantro they put in this thing.
Posted by Daisy Bateman at 1:30 PM 0 comments

There is a link on the bottom of the Zappos website that says Don't Ever Click Here. Needless to say, I clicked.
Posted by Daisy Bateman at 11:29 PM 0 comments

The Cute Streets II: The Long Cute Night of the Soul

(See here for the previous installment.)

Fred was rolling around in the leaves, his paws slipping every time he tried to stand up. I steered the Roomba toward him, trying to get in in close enough without clogging the brushes. Nipsy licked the end of his tail nervously. Finally, when we were just about to run over the kid, I leaned off the edge and grabbed the scruff of his neck in my mouth, like I was his mother or something, and pulled him back up.

The kid landed in a lump next to the power button and tried to catch his breath.

"Yeah, well you weren't." I leaned over and looked straight into his big watery eyes. "But listen up, and listen good, because I'm only saying this once. A Roomba is not a toy. Got it?"

"Damn right it won't." I flicked my tail in front of the sensor to turn the Roomba around. "Now let's go do our job."

We found the Diver Boys right where we expected them, under the big tree, practicing their dives and eating miniature waffles. Nipsy parked the Roomba and we went over to have a little chat.


As we approached, a couple of the Boys puffed their tails up at us, by I didn't pay them any mind. Just your average longhairs, all fluff and not much else. The only kitten we were interested in here was their boss, Bubbles. He wasn't hard to find-- there are only so many white Persians who wear bright pink princess wigs, and only one of them was here today.

"Morning, Bubbles," I said as he was getting ready to make a hop into a box. Surprised, he face-planted into the side and toppled over. Some of his boys helped him up and he glared at us.

"Mipsy," he said. "I should have known. Harassing innocent box-jumpers these days, are you?"

"You haven't been innocent since you could stand on all four paws at once, Bubbles," I said. "But we just wanted to stop by and have a little chat."

Nipsy wandered around and casually examined some balls with bells in them that were lying around. "Maybe you heard about the trouble that's been going around, with folks losing their Cokes?"

"I don't know what you're talking about," Bubbles sneered. "Maybe folks just need to be more careful with their sodas."

I nodded. "Maybe they do. Hey, Nipsy, speaking of being careful, do you smell something here? Something kind of herbal?"

"You know, Mipsy, now that you mention it, I think I do. You think we should take these balls back to headquarters, make sure they don't have any catnip in them?"

"I'm sure you'll understand," I said to Bubbles. "After all, we can't be too careful."

"Okay, okay! Geez. So maybe I did hear something, now that you mention it. But you aren't going to like it."

He looked around and licked his paw nervously. "Look, I don't know why they're doing it. And don't tell anyone you heard it from me. But word on the street is, it's. . . the Bigeyes."


The Bigeyes. Captain Kawaii. Oh, this day just kept getting better and better.

Yes, my friends, I'm afraid it has come to this. After several months of valiantly trying to single-handedly save the retail sector from the collapse brought on by my last shopping hiatus, I'm afraid the time has come for me to once again set down my smoking credit card and step out of the fray, at least temporarily. In this case, the freeze is only for the month of May, starting today. (I would have done it for the whole month, but this weekend was Friends and Family at Macy's, where Alice works, and I couldn't let a friend down. I'm solid like that.)

I know this news will come as a blow to those of you who were counting on a speedy economic recovery (don't look at me like that, Mr. President) but please do not despair. Because I am going to give you the tools to achieve Daisy-like levels of shopping on your own, in the form of invitation links to three of my favorite members-only, limited-time sale websites, where you will find many fine goods irresistibly disccounted. (Trust me. Resisting is very, very hard.) I trust that you will use them wisely and well, and will send me pictures of anything you buy, because I want to see:

As I am sure you are aware, there is a show on the CMT network called "Trick My Truck," in which a team of skilled artisans takes relatively ordinary semi trailers (mostly) and turns them into rolling works of modern art, primarily via airburshing. In this week's episode they help to preserve the sanctity of marriage by turning an old fire truck into a wedding chapel, complete with organ. And airbrushing.


A crossover with CMT's other hit show, "My Big Redneck Wedding" seems rather inevitable.
Posted by Daisy Bateman at 7:35 PM 0 comments

Email ThisBlogThis!Share to TwitterShare to FacebookShare to Pinterest
Labels: tv

Now I'm testing how this works with Facebook. Please ignore this post as well.
Posted by Daisy Bateman at 8:03 PM 0 comments

What Do You Get When You Do A Google Image Search For "Miniature Waffles?"

You get stuff like this, is what you get.
Posted by Daisy Bateman at 3:01 PM 1 comments