They are the gifts that keeps on giving, from the fools who keep on spending.

When Dolly Parton famously said "It takes a lot of money to look this cheap," I don't think she had any idea exactly how far the concept would be taken.


For those days when it seems like your sequined jacket would be a bit much.


I don't care how much you looooooves the pretty horsies; once your age is in the double-digits you can no longer wear them on your clothes.


Janie's got a glue gun.


"Hey, ladies, I just spent $275 for a shirt with a picture of a convicted rapist on it. Line forms to the left." 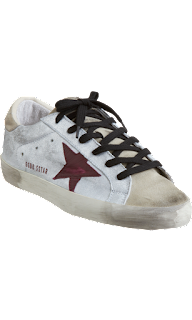 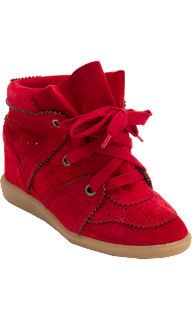 a) Respectively, a filthy old sneaker of the sort you would wear while cleaning out the garage, and a baby shoe.
b) Designer products being sold to actual, grown women at a total cost of greater than $1100.
c) Sad and hilarious in roughly equal parts.

Choose all that apply.
Posted by Daisy Bateman at 2:36 PM 2 comments

Look! Up In the Sky!

A little excitement at work this morning, as it turned out our building was directly on the path the Endeavor flyby.

Naturally, everyone in the office park came out to watch: 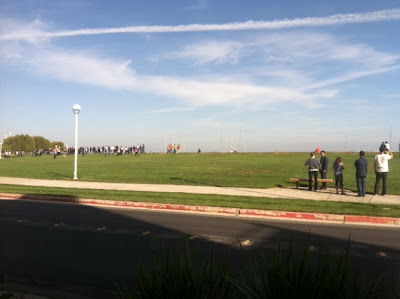 (Not pictured: A whole bunch more people, including a group on the roof.)

We waited, and looked at the sky, and waited some more, and our site head threatened to make us go inside and do work and we waited a little more. Planes flew by on their way to SFO, causing brief, confused excitement, until a fuzzy dot appeared over the trees.

A brief sprint later, we were able to get a slightly better view: 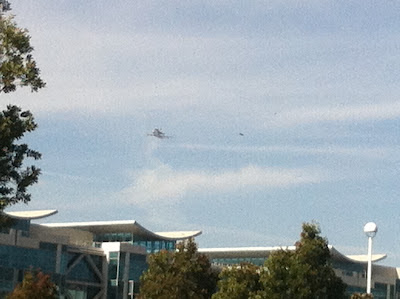 And then an even better one: 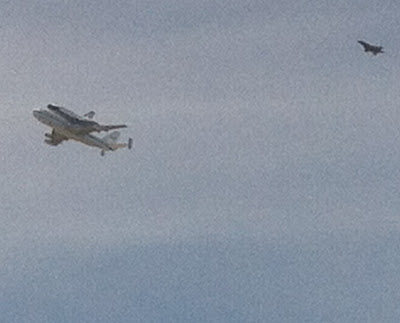 And then I stopped taking pictures for a little while, because some things are better actually seen than watched on a tiny screen while trying to focus.

And then it was gone: 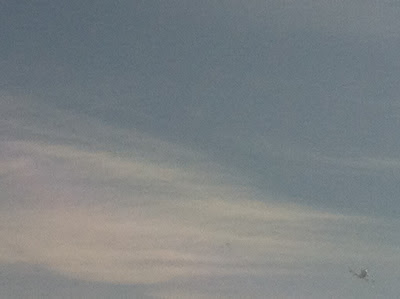 But better safe than sorry:

On the one hand, this seems like an excellent idea. On the other hand, having people dressed in full-body-suits grab children in dark movie theaters seems like it might have the potential to go wrong in some way.

Final, irrefutable proof that having a child makes you insane.

Sometimes, completely excessive setup for a very silly payoff is totally worth it. (I am particularly entertained by the Jenga one.)

Also: Can someone explain why the internet has gone suddenly crazy over the Gangnam Style thing? I mean, it's fun, but it's no cat trying to fit into boxes of decreasing size.
Posted by Daisy Bateman at 3:37 PM 1 comments

Congratulations on booking your visit to the Lake Breeze Motel Resort in lovely Duluth, Minnesota. I'm sure you will have a very nice time staying in the whirlpool suite for $134 a night ($104 on Thursday!) from September 20th through the 22nd, though it was probably smart to only pay one night's worth for the deposit on the $412.45 total (including tax). However, Dennis and Judy Wenzel of 307 N 12th Ave Wasau, WI, in your hurry to book your getaway to the welcoming shores of Lake Superior, while not getting put on any mailing lists, you seem to have made one critical error. Do you know what that is?

I'll give you three guesses.

Sincerely,
The Person Whose Email You Have Been Using
Posted by Daisy Bateman at 3:04 PM 0 comments

It's All About You

Your genome, that is. Here to elaborate on that point; a rather adorable animated short:

The video is in support of this project and narrated by this guy. One of these things is more fun than the other. And has more profanity.
Posted by Daisy Bateman at 3:49 PM 0 comments