I'll stop when they do.

It's a jacket! It's a life vest! It's a dessert topping! It does all of these things equally well!

Looks like you bought it at a rummage sale at a church for blind people.

That isn't where the belt goes.

There's whimsy, and then there's looking like you have dressed up as a sexy luggage tag for Halloween.

Because really, who hasn't been at the dentist's getting their teeth x-rayed, caught a glimpse of their reflection in the lighting fixture and thought, "My god, I look fabulous!"
Posted by Daisy Bateman at 5:11 PM 0 comments

This is a sign that's posted on the Caltrain shuttle: 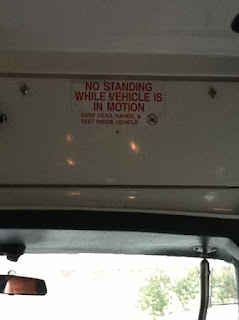 And this is the only type of openable window on said shuttle: 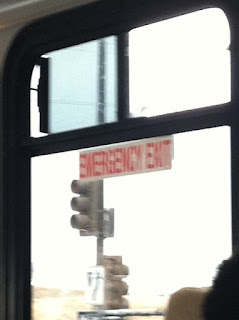 I don't know about you, but I really want to see someone try.
Posted by Daisy Bateman at 10:50 AM 1 comments

I may have already mentioned this to a couple of you*, but I recently got engaged. To Cameron, who is a lovely person and we're very happy and blah, blah, you're not interested in that. You want to see the hardware. And I am happy to oblige:


Not exactly visible from space, but I like them.

As a matter of fact, the rings belonged to my grandmother, and we had been planning to have the stones reset into something new. But when I tried them on and they fit, it just seemed silly to spend a bunch of money to turn one perfectly nice ring into another, so I'm just going with them as-is. After all, they did pretty well the last time around.


*Ha!
**I also want to tell you not to worry, this is not about to become a wedding blog, those things make me want to claw my own eyes out.
Posted by Daisy Bateman at 10:53 AM 6 comments 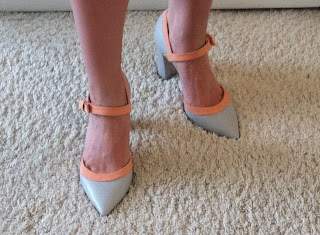 I don't know what happened with me and The Gap. For most of my teenage years and well into my twenties they provided the majority of my wardrobe. Eventually, I did transition somewhat to Banana Republic (my brief foray into the goods from Old Navy is best left undiscussed), but then, like a friend who moved away and got really into mid-nineteenth century nose-flute music, we lost touch and I don't really know who they are any more.* So it was fun, in a drunken-class-reunion sort of way, to come across these shoes from there and discover I liked them. Granted, they were part of a designer collaboration and a little more expensive than my last Gap shoe purchase, but I think they were worth it, if only for the late-nineties nostalgia and velcro straps.

*Except I still buy underwear there.
Posted by Daisy Bateman at 8:21 PM 1 comments

Looks like I'm going to have some cherry tomatoes after all. 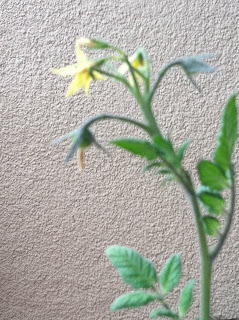 More than a few, actually. 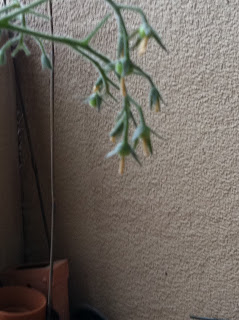 I admit, they have a ways to go. 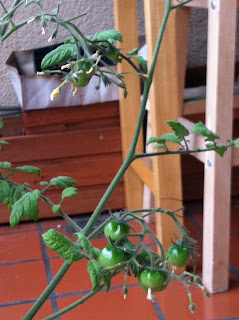 And could probably use some warm weather. 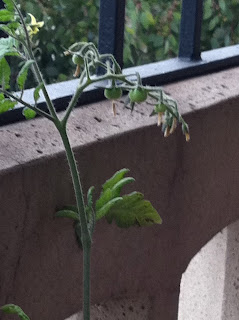 But I feel like this is a good start. 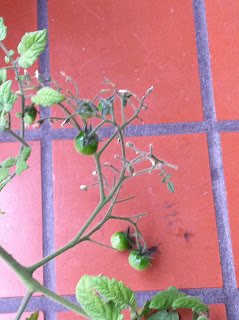 I probably should have gotten around to staking them, though.
Posted by Daisy Bateman at 8:29 PM 0 comments

But also because it means you are not getting important information, like the fact that your Federal return has been rejected by the IRS because your Social Security number cannot be used more than once in the return or on another return (R0000-515) and the 'Primary Prior Year AGI' or 'Primary Prior Year PIN' must match the IRS Master File (F1040-679-01). Therefore, Daisy Jimenez of 8310 Dahlia Ave, Tampa FL 33619-7434, I would suggest you rethink this policy in the future, and maybe get yourself a second email address that is actually your own for just this purpose. Then we'll all be happy.

Sincerely,
The Person Whose Email Address You Have Been Using
Posted by Daisy Bateman at 10:21 AM 1 comments

So You Think Finland Can Dance

Do not ask why I was searching for "Finnish Tango" on YouTube in the middle of the day. Just enjoy this video about the hairstyles and leisure activities of the mid-eighties in Finland, and appreciate this quote from the intro:


“. . .A country where gloom is pervasive. Melancholy, sorrow and shyness abound. All this, though, is alleviated by a massive intake of alcohol.”

Anybody Having a Garden Party?

I don't know many things, but I do know this: Before this summer is over I will find an excuse to wear my new hat. 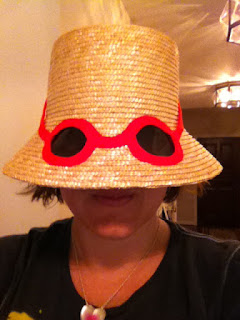 Do you really want to take Cheetos-era Britney as your fashion role model?


I'm pretty sure these are lederhosen. I'm entirely sure they're stupid.


If they mated: a decorative toilet seat cover and the curtains at Applebee's.


Perfect for spending a relaxing day at the beach getting dragged out of the surf by fishermen and thrown back because you're not in season.
Posted by Daisy Bateman at 4:09 PM 2 comments

Watch Out For Frogs*

When we last spoke** I mentioned that I was back from Vegas, and then vanished again. Not, as you might imagine, to sleep off the hangover, but to head up the coast for a relaxing long weekend in Bodega Bay, a place with no showgirls at all. It was a lovely trip that was exciting for several reasons, but I'm going to talk about the frogs. 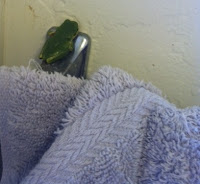 We were staying at my family's vacation place***, which we call the Barn because that's what it is. But there's a shower and a microwave and a wood stove and stuff, and lots of books and it all quite nice as long as you don't mind a bit of nature in your days.

Also, under your phone. But we'll get to that in a minute.

I guess you really can't blame the frogs for moving in. For much of the time the Barn is dark and quiet, with a pretty good supply of things that frogs eat and a total dearth of things that eat frogs. I'd come across one on a previous trip, living in the toilet tank, which inspired me to try and coin the euphemism "Excuse me while I go talk to the frog." It didn't catch on.

So it wasn't a total shock when I went to look for the password for the wifi and found two frogs living under the modem. And another, slightly larger one tucked in a nook under the phone. But it was definitely a surprise. 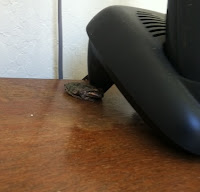 There were three in the bathroom; not immediately evident but almost always around. It was an amphibian Where's Waldo, only with fewer people in medieval costumes falling off ladders and more hand towels.

One thing I decided is that being a frog must be pretty boring, because they seemed to take to the fact that they had an audience with enthusiasm. The game seemed to be to see who could come up with the best place to be hiding when I came across them, with some points for dropping off the top of the medicine cabinet when I opened it and perching on the shampoo first thing in the morning and a nearly game-winning play that involved climbing into my toiletries bag when I took it into the bathroom at night and waiting there until I went to get my deodorant in the morning. But the honors went to the player who hid in the sink drain until I came to wash my hands, and looking at me accusingly through the soap suds.****


*Fifty nerd points to anyone who gets that reference.
**Blogged, whatever.
***"Cottage" in Canadian.
****Handy fact: Mrs. Meyer's Clean Day hand soap is apparently non-toxic to frogs. They should put that on the label.
Posted by Daisy Bateman at 7:03 PM 2 comments 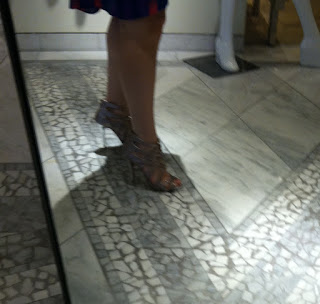 In Vegas, I tried on but did not buy these shoes. I also did not have my wallet stolen, which was quite a relief.

Details to follow.
Posted by Daisy Bateman at 10:54 AM 3 comments