It Came From the Blogosphere 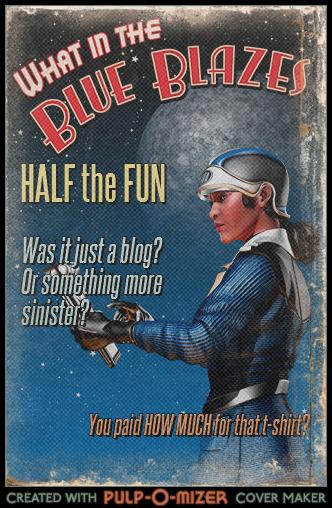 Made with the delightful time sink that is the Pulp-O-Mizer.
Posted by Daisy Bateman at 2:07 PM 0 comments

When we last saw the sprouts, they were getting dangerously close to outgrowing their containers. Fortunately, I was able to find them an area with a bit more space.


Unfortunately, said space is next to a house that was built in 1905, which happens to be about 73 years before people realized that putting lead in all your exterior paint might be in some way a bad idea. We had the soil tested and, while it isn't hugely contaminated, we're mostly growing leafy greens at this point, which are the most likely to pick up lead and pass it on, so we invested in a raised bed kit.

I am not what is traditionally considered "handy" (as Cameron pointed out when I decided, after watching an evening's worth of HGTV, that I wanted a nail gun, "You regularly almost kill yourself drinking tea." Which I had to admit is a compelling argument). So the good news was that the instructions here were 'dig holes in the ground, put the posts in the holes, put the boards in the slots in the posts.' The bad news was that the strata of our yard seem to be as follows:
1. Weeds.
2. Dirt*. (*may contain lead)
3. Various things, including but not limited to chunks of concrete, broken pottery, glass


At any rate, I did finish it eventually.
The plants on either side are blueberry bushes, because fruiting plants have very little lead danger and I like blueberries.

It took longer than I expected to get everything in, and by the end I was being eaten by mosquitoes (Yes, in February. No, I don't understand either.), so this picture was taken at a later date. But I think you get the general idea.
Up next: Beans and lemons! Not a serving suggestion.
Posted by Daisy Bateman at 5:30 PM 1 comments

Email ThisBlogThis!Share to TwitterShare to FacebookShare to Pinterest
Labels: garden

Just a Little Off the Top

Let's check in on the garden, shall we? 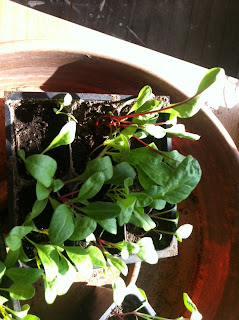 We got the heirloom "sideways" variety.

The favas have joined the party: 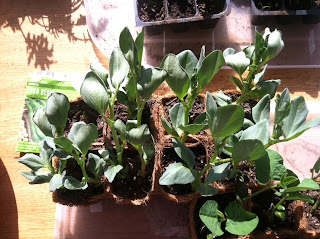 And the edamame came along too: 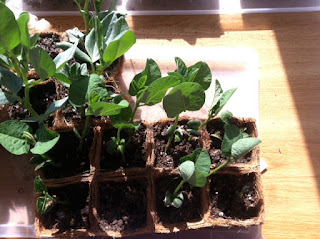 The lettuces have been particularly enthusiastic: 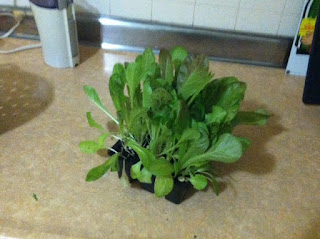 So much so that I decided to free up some space by clipping some leaves (I cut a bunch, I swear): 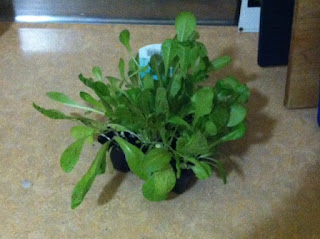 Up next: The great outdoors!

Hopping onto the single origin trend, I present to you a selection culled entirely from one store. You get a much better sense of the terroir, don't you think?

Fun prank: At some point during the day, suddenly look down and scream, "My arms! What happened to my arms!"
Look, if you can't figure out how to make a pair of pants, there's no shame in asking for help.

The fashion industry, having now used all of the conventional style icons approximately ten thousand times, has been forced to turn to your grandfather for inspiration.

For only six hundred and fifty-five dollars, they will sell you a $40 skirt and tell you to put it on backwards. Because: Fashion!

Yep, you just paid more than three grand for an item that is basically indistinguishable from the bikini-body t-shirts they sell at the beach. Your mother must be so proud.

Look at this t-shirt. Eh, it looks fine. It's a t-shirt. What's there to get so excited about?

Okay, now look at it:

Email ThisBlogThis!Share to TwitterShare to FacebookShare to Pinterest
Labels: ugly clothes for rich people, you payed what?

I'm Sure It Made Sense at the Time

Despite its generally lightweight subject matter, never let it be said that this blog shies away from addressing the hard questions of the day. Such as: What is the song "Aces" by Suzy Bogguss actually about?

I mean, it's a great country song, all heartbreak and steel guitar, and the lyrics sound good, but the problem is that, as far as I can tell, they don't make any sense. Consider the chorus:

Now, you're ready to walk out/you're ready to run./Talk to me/Can't you see/I would never want to do what it seems I've done./You can't deal me the aces/ and think I wouldn't play./Don't let this be the reason you would walk away.

Okay, that's nice, but the aces are what, exactly? Love? Freedom? Easy setups for making bad puns? But then what's the playing that leads to the need to walk away? I've spent a lot of time with this song stuck in my head, trying to figure it out, and I can't come up with a way that the metaphor works.

Unless, of course, it isn't a metaphor at all. What if what the song is really about a couple who were running some sort of elaborate poker scam, and the singer was supposed to fold or something when she got a good hand, but her competitive nature got the better of her and she played anyway, ruining everything? And now her partner is about to drop her for someone who's better at sticking with a game plan, and she's begging for some understanding because, come on, she had aces, what did he think she was going to do?

Really, it's that or the pun thing.
Posted by Daisy Bateman at 4:46 PM 1 comments

Some people make the same resolutions every year, and they are not very interesting and no one really wants to hear about them.* Then there are people like my friend and coworker Fiona (aka The Queen of Noirs), who do things like resolve to spend an entire year wearing only the clothing she currently has in her closet, without ever repeating an outfit, and keep a blog about it. Which you should go and read, because she has cool style, takes cranky pictures of herself and because I expect it to get pretty fun by about August.